Mayoor School, Ajmer was founded on the 9th of July, 1980 under the auspices of the Mayo College General Council. It was the vision of erstwhile President of Mayo College General Council late H.H. Maharao Bhimsinghji of Kotah to serve the noble cause of providing high quality education to the inhabitants of Ajmer region. The motivation of the Council led to the founding of Mayoor School – a co-educational day school that would function along the lines of a public school. It was decided that Mayoor School being a sister concern of Mayo College would be set up just opposite Mayo College behind the two grass football grounds adjoining the Kotah Sanatorium. The space occupied by vacant staff bungalows and the historic Waddington Ground was utilized to build the school.

Mayoor School Ajmer was inaugurated by the late Maharana Bhagwat Singhji of Udaipur (Mewar). Mr. Danmal Mathur served as the first headmaster of the school and Mr. G.R. Naidoo as the first Office Superintendent.

The school which started with one hundred and eighty six boys and girls and teaching staff comprising seven members has flourished by leaps and bounds over the thirty and more years of its existence. The number of students has grown to two thousand one hundred plus and the teaching community now comprises ninety plus members. Mayoor School, Ajmer has developed into one of the finest examples of a progressive and comprehensive educational institution to be found anywhere within the shores of our country and beyond. 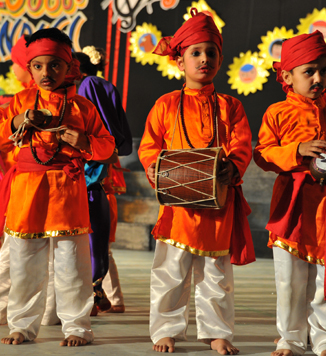 “It is a boot camp for athletes, the theatre for actors and directors alike, the lab for all things science, the Canvas for all forms of Art, the Universe where imagination runs wild, home for a family of thousands. No... Mayoor is not just a school.”
–Bharat Idnani
Ex-Mayoorite, Batch of 2013-14