The ceremony commenced with a spectacular March Past presented by the students of the 4 houses on the beats of the Mayoor band, followed by lighting of the torch by the School Athletic Captain Narpat Singh & Best Girl Athlete Eshita Patni. The Chief Guest then declared the Athletic Meet Open.

Yet another interesting event was the parents versus staff race and tug-of-war. The Athletic meet concluded with prize giving ceremony followed by the Chief Guests’ speech & beating retreat. 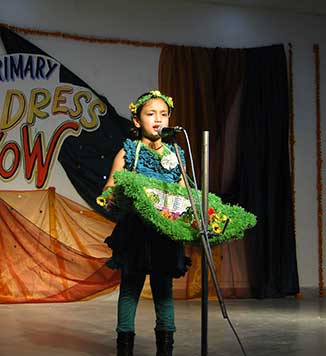 “Mayoor was more than just a school for me. I joined Mayoor in Grade 4 and completed my schooling here. Academics was just a part of the comprehensive knowledge I gained. I learnt the meaning of life here. A tremendous exposure in sports, co-curricular activities, inter-personal skills etc. helped in my personal development. It was here that I experienced growth in my mindset for the first time. The faculty was awesome and really friendly as well. Principal Sir was very compassionate and kind. Whatever I am today and will be in the future, Mayoor, definitely has a huge role in that. I wish Mayoor all the best for the times to come.”
–Mohammed Farhan Ali
Ex-Mayoorite, Batch of 2010-11