The VI Mayoor Basketball Tournament was organised by Mayoor School from November 26 to November 28, 2018. 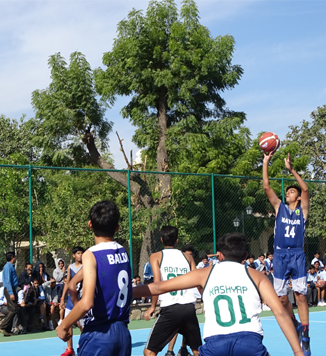 “ Mayoor for me, is home. It's made me go from the ' doe- eyed girl ' I was, to the headstrong and outgoing person I am today. I can never thank Mayoor enough, it's always going to hold a really special corner in my heart. ”
–Vipasha Singh
Ex-Mayoorite, Batch of 2014-15