On Sunday, February 3, 2019 a friendly cricket match was played between Mayoor Strikers and Journalist XI at Mayoor School’s Waddington Ground.

The toss was won by Mayoor Strikers and they elected to bat. 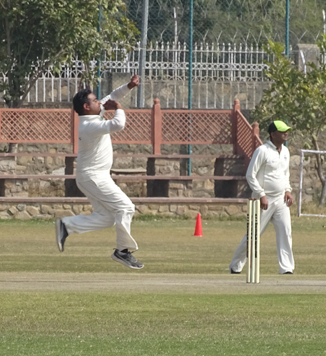 “From my first day in Mayoor School I have learned how to be disciplined and Mayoor has taught me a lot more than the basic syllabus. Apart from studies we were also engaged in various curricular and sports activities. Mayoor School has given Education a whole new definition.”
–Huma Khan
Ex-Mayoorite, Batch of 2014-15